How Much is My App Idea Worth? 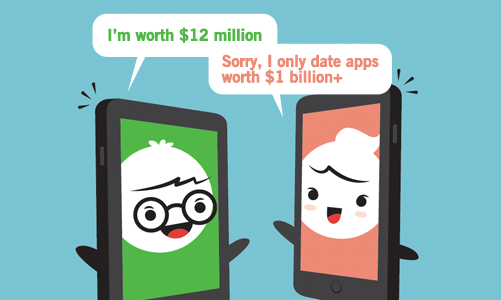 It seems everyone I meet has an app idea.

As the owner of an app development agency, I’m certainly very glad they do. But, it also means a lot of awkward discussions about the value of app ideas.

I guess it’s human nature to put a big price tags on ideas. After all, we are often exposed to commentary on ideas but rarely on the execution of them.

“Air Bnb is such a good idea. Now they’re worth $38 billion” or “Shazam is such a cool app idea. I hear Apple bought them for $400 million!”

Rarely do you hear someone attribute the astronimical value of an app to the trials and tribulations of the development team. You never hear someone give Uber’s lawyers credit for their $58 billion valuation, even though they were instrumental in Uber’s success.

The idea is always the star.

Maybe it helps keep the dream alive for ordinary folk. “Just come up with the right idea and you’ll be set for life!”

The long hours and hard work successful founders put into executing their ideas aren’t nearly as glamerous as the ideas themselves. We’ve been conditioned to naturaly equate the value of an app with the originality, novetly and practicality of it’s concept and not the effort that went into making it.

I’m not saying app ideas in themselves have no value but I do know the real value is in the execution.

Putting a monetary value on your app idea is difficult. Even the greatest concept can fail if executed poorly. At the same time, a mediocre idea can still be successful if executed exceptionally well.

I think author and founder of CDBaby, Derek Sivers sums it up perfectly when he describes an idea as a multiplier for the execution.

While it may be over-simplified and a little tongue-in-cheek, here’s the chart Sivers uses to evaluate ideas: 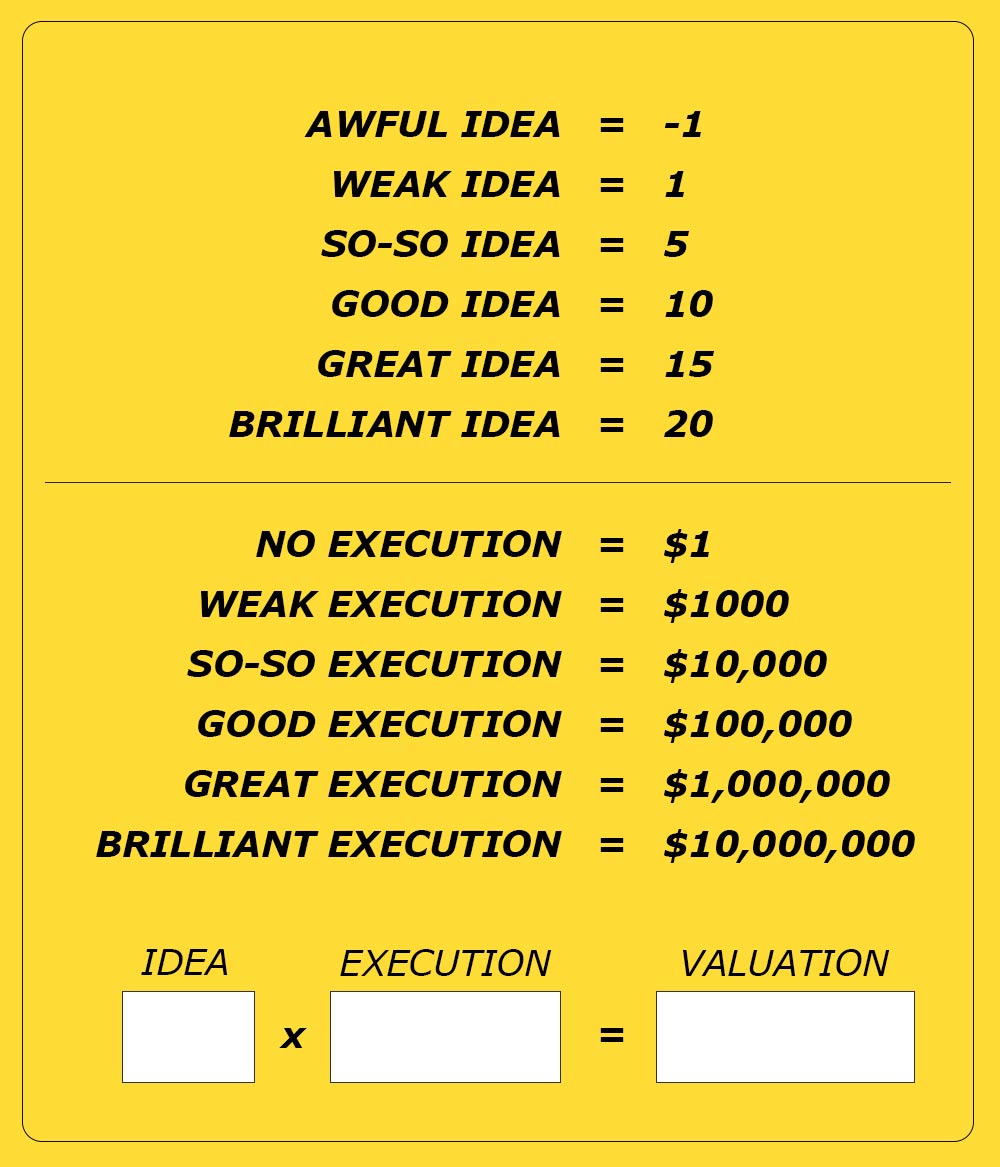 Whether you agree with Derek’s numbers or not, he makes a very good point.

The real value in an app idea is only realised when the idea is executed.

This also rings true for other industries. A hollywood blockbuster film might gross hundreds of millions of dollars but the average hollywood screenwriter only makes $110,000 for the screenplay. While the script is hugely important, the real value is in the execution. Without it there would be no film after all.

Recipes are another great example. There are thousands of them freely available on the internet. A recipe (the idea for a dish) is virtually worthless. But, a good recipe executed (prepared) by an great chef can set you back $100 a plate.

What is app idea execution?

Execution is defined as “the carrying out of a plan, order, or course of action.”

In the execution of app ideas, it is the combination of a number of tasks and factors including:

Even a great idea, executed well, still needs to happen at the right time. It stills needs to be brilliantly designed and engineered. It needs to be effectively promoted and a bit of good luck never hurts either. Read more about the factors of an app startup’s success here. 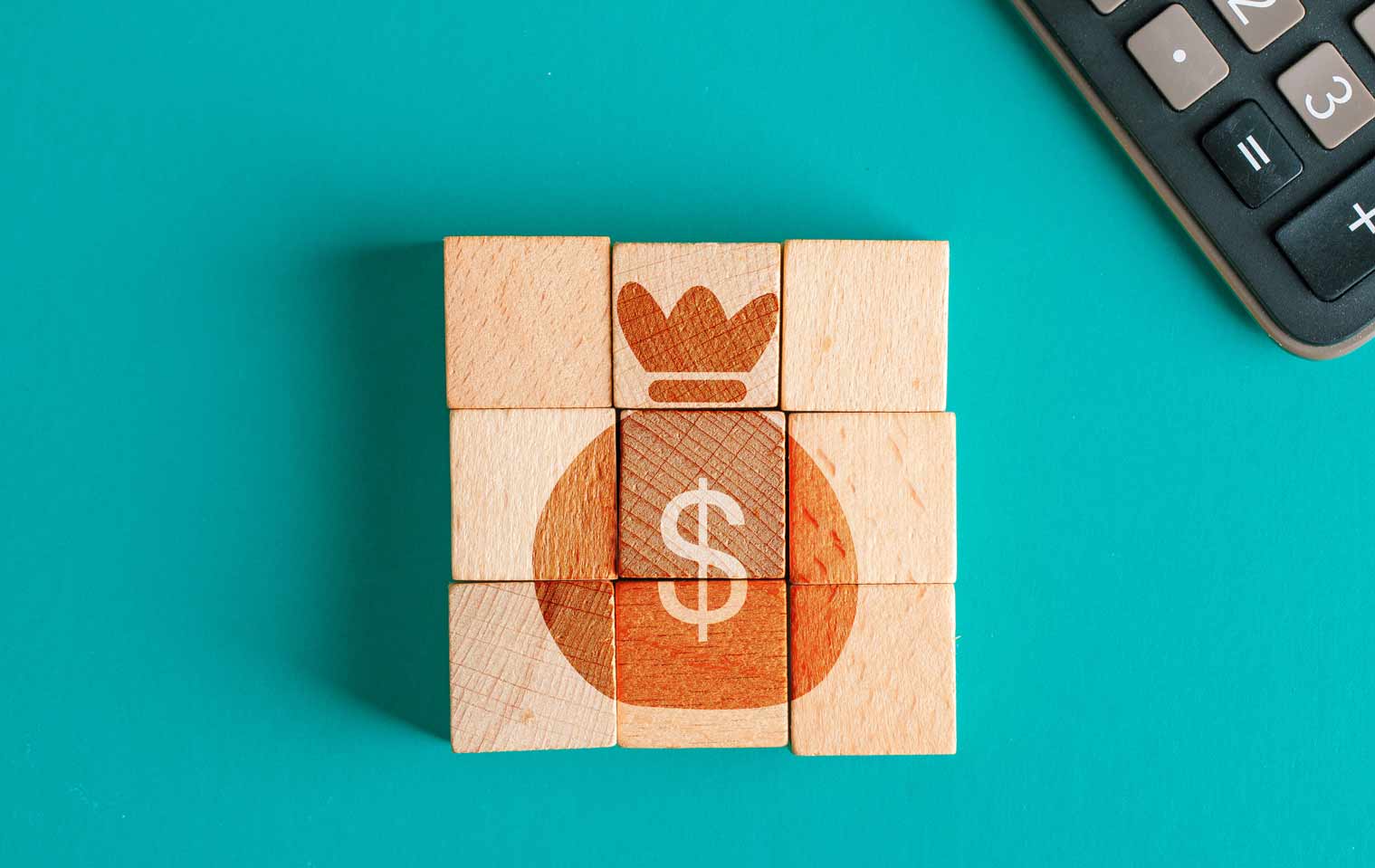 So what kind of value can you actually put on a well-executed app?

After a bit of Googling, I found the following estimated values of some popular apps you may have heard of:

These valuations come from a range of pretty reliable sources like BusinessInsider, Crunchbase and others but there is no assurance of their reliability.

The examples above are obviously some of the most successful apps ever made and there are many, many more apps on the App Store and Google Play Store that have never made a cent. Still, its good to know what kind of values are possible when you get the app idea and the execution right.

How to sell an app idea?

Anyone who tells you selling your app idea is easy, has never tried to sell one themselves.

It’s certainly not easy, even for the most disruptive app idea and therefor app idea sales are extremely rare.

As we’ve established, the idea is only as valuable as the execution, so the concept is of little value by itself. In the right hands though, that app idea could go on to be worth millions or even billions.

Of course, somthing is worth what someone is willing to pay for it. So, you never know how much the right person might be willing to pay you for the right idea. Statistically speaking though, selling an app idea in not very likely.

My advice to anyone with a brilliant app idea is to focus on achieving brilliant execution. Not only will this improve your chances of success but it will also increase the value of your app idea.

There are many ways to get an app project off the ground. You could design up an app prototype and start pitching to investors or find a technical cofounder to help build a proof-of-concept. Some paths will be more time consuming or expensive than others but there are many way to build an app at low cost.

So, if you are asking ‘how much is my app idea worth?’ you are probably asking the wrong question. A better question would be ‘how do I execute brilliantly on my app idea in order to realise it’s true value?’.