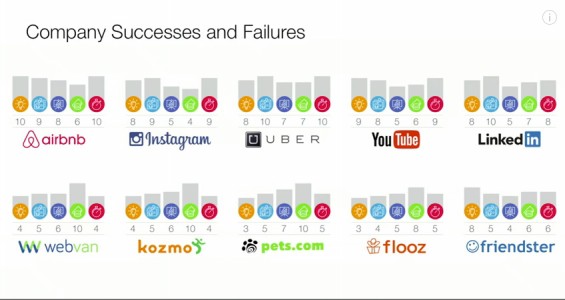 Is there any one reason why startups are successful?

Surely the answer is a great idea, right? Actually, the idea is only the third most important factor, according to Bill Gross, CEO of Idealab.

Bill studied two hundred startups, including a hundred companies he founded, like CitySearch and eToys, looking for a common theme and the results were quite surprising.

Bill rated the two hundred companies in his study according to five different criteria – The idea, team, business model, funding and timing. He found that overwhelmingly the most important factor in a startup’s success is timing, accounting for 42% of the difference between success and failure.

How found that timing was crucial for apps like Uber and Airbnb, which were both released during the global financial crisis when people needed extra money. Timing was also crucial for YouTube, which was released at the same time as high speed internet was gaining traction and streaming software was improving, making online video streaming far more accessible.

So, have you got a great app idea? More importantly, is the timing right for your app idea? It could mean the difference between success and failure.

Contact DreamWalk now to discuss the viability of your app idea now before moving into app development.