Our experienced iPhone developers have been developing groundbreaking, chart-topping iPhone apps since the launch of the App Store.

Back in 2007, Apple revolutionised the smartphone industry with the release of original iPhone. Founded in 2008, DreamWalk was among the first iPhone app developers to release an app on the App Store. Our innovative ‘DreamWalk’ GPS treasure hunt app was featured by Apple and reached the top of the App Store charts. Now you can hire the award-winning DreamWalk team to develop your iPhone app. 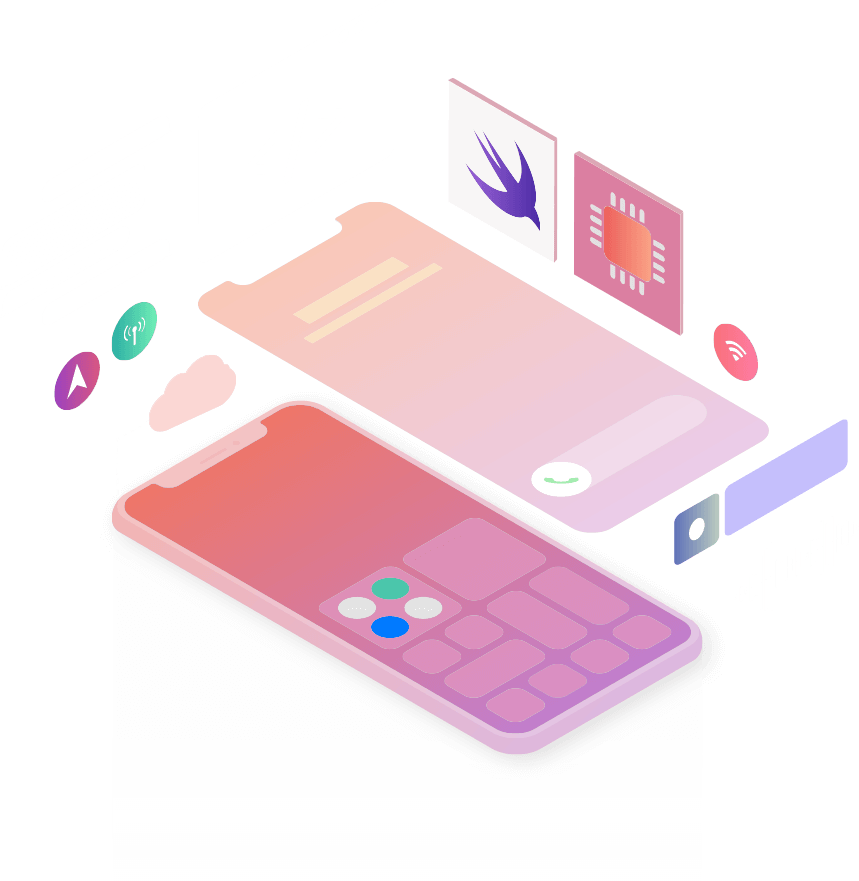 Some of our iPhone app success stories

Australia’s most popular wedding directory and planner. Featured by Apple.

“At Easy Weddings, our goal is to make planning a wedding as effortless and fun as possible. DreamWalk helped us achieve exactly that with the app.“ 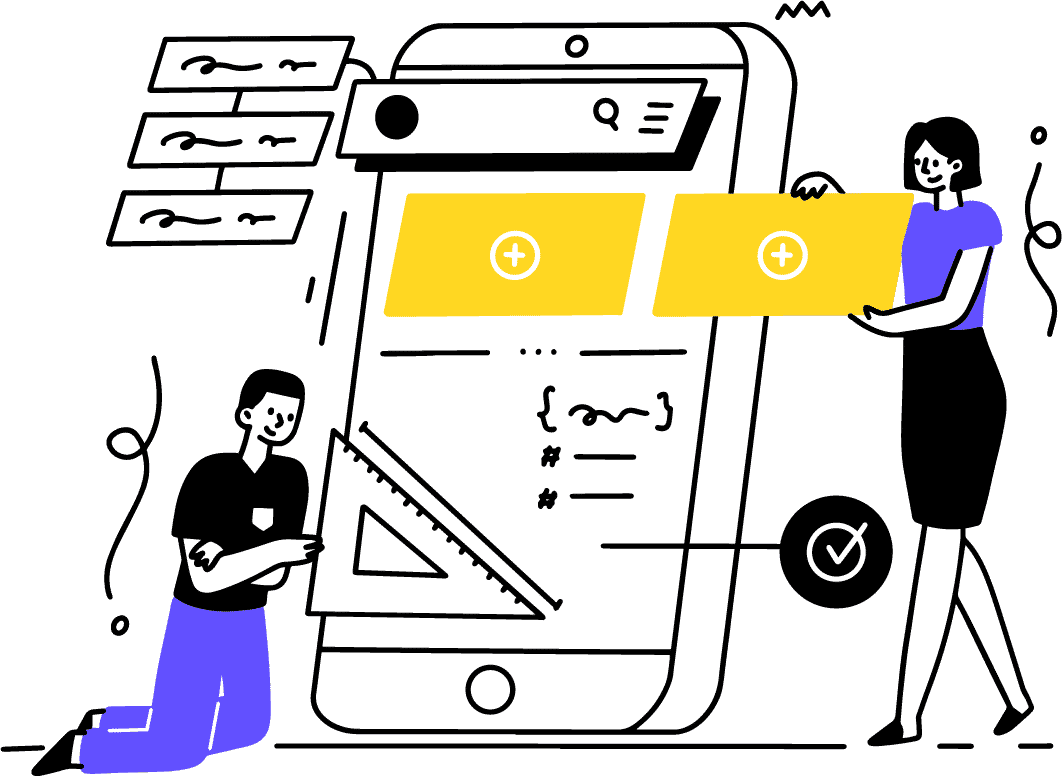 Applications (apps) for the iPhone’s iOS operating system are developed in the Objective C or Swift coding languages. Apps developed for iOS or Watch OS may be compatible with iPhone, iPad touch, iPad and Apple Watch.

There are also a number of third party frameworks that can generate code for iOS, including Facebook’s React Native. One of the benefits of coding using a framework like React Native is that you can write a single code base for deployment to iPhones and Android devices, theoretically halving development time and cost.

Jam uses artificial intelligence to generate completely original songs based on the user’s vocal input. Just sing anything into your iPhone and Jam will create original backing music and generate a song in seconds. These songs can be shared on social media or entered into the Jam charts. There, other users can vote it up and down the rankings and the musician can earn virtual rewards and level ups.

The Jam app showcases the full native power of the iPhone hardware. It has been downloaded by almost a million users worldwide and achieved a number of accolades, including No. 1 music app on the App Store and an Appy Award. 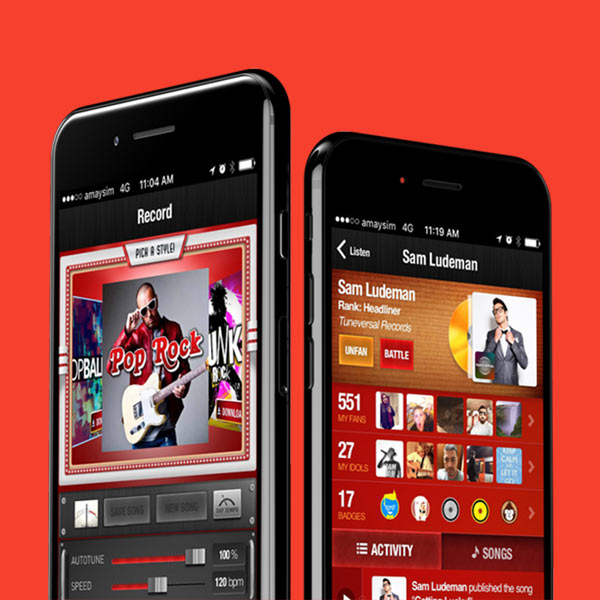 Why develop an iPhone app?

Apple’s unmatched quality control processes, high end hardware and loyal user base make it the perfect platform to release your app on. This is especially true in Australia, the US and UK, where they have a huge presence. Here are just a few of the many benefits of developing an iPhone app:

One of the biggest areas that iOS excels in is security. iOS developers must adhere to very strict development guidelines and pass through Apple’s manual approval process before their apps can be released on the App Store. This minimises the potential for apps to contain viruses, malware and phishing scams and ensures adequate user privacy and security measures are taken by developers. Apple also provides a high-performance data encryption layer to protect data from breach and theft.

Ever since Steve Jobs coined the motto “It just works” for his pioneer computer company, it has remained one of Apple’s guiding mantras. Partly due to Apple’s strong emphasis and dedication to user-centric design and partly due to their absolute control over all Apple hardware, apps running on iOS generally seem to provide a better user experience. Transitions, animations and navigation are all noticeably smoother and more responsive than on other platforms. Apple also enables a level of consistency between apps that is unmatched. When apps take advantage of Apple’s standard iOS tools, components, libraries and best practices, the are instantly recognisable to Apple users. This leads to minimal learning curve and quick adoption by users.

It would be difficult to find a more loyal group of customers than Apple users. iPhone users rarely switch to Android, they update their devices regularly and are commonly ambassadors for the Apple brand and products. Not only are iPhone users loyal but they also spend more money on apps, making them a great market to develop new revenue streams. While there are less Apple users globally than Android users, they do tend to be more skewed towards being early adopters, making them a great test market for new app ideas. 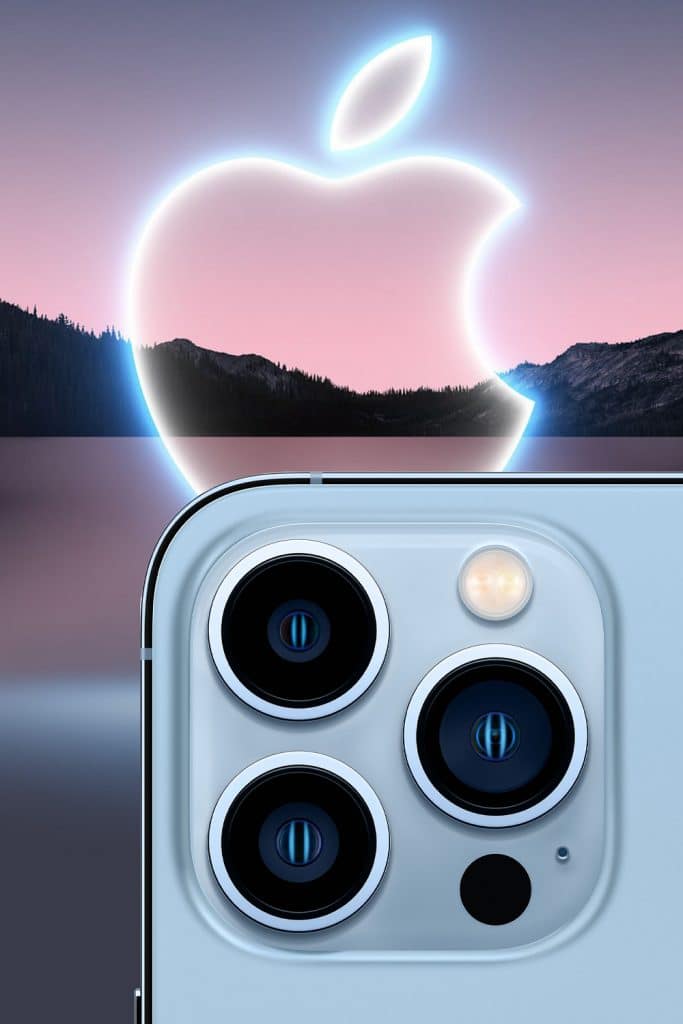 What our clients are saying

“Dreamwalk’s app design capability is world class, and their experience shines through in the kind of attention to detail and polish that only comes with masterful design and a genuine understanding of the objectives of your product.“

“Not only did they make my dream come true, but they were also really fun to deal with. For 3 years, one of the apps [Classbreak] ranked number 1 on the App Store”
Dale Sidebottom

Q. What market share does iOS have compared to Android OS?

According to Statista, iOS had a slightly lower market share in Australia totalling 41.4%, compared to Android’s 58.8%. It is worth noting that even though Android OS has a higher market share as an operating system, devices running Android OS come from various different manufacturers. iOS devices are all produced by Apple, making them the dominant smartphone manufacturer.

Q. What is the cost of iPhone app development?

The cost of app development varies dramatically depending on a number of factors, including app type, features, level of UI polish etc. You’ll find more information about app development costs here. As far as the difference between iOS and Android development costs, they are both fairly similar. When a framework such as React Native is used, both platforms can be developed for simultaneously, meaning there is a single cost for both.

On average an iPhone app takes between three and four months to develop to a basic MVP or first release standard. Of the development times is impacted by a number of factors, including app type, features, design etc. After launch of an MVP or basic first version, development usually continues as user feedback and data comes in. Constant improvement is key to the ongoing success of any app.

Q. How do I release my iPhone app to the public?

The only way to make your iPhone app available to the public is to release it on Apple’s iTunes App Store. Apple will require you to have an active Apple developer account to do this. There is an annual fee of US$99 to keep your developer account active.

Got more questions? Go to our FAQs page.

Got an app idea