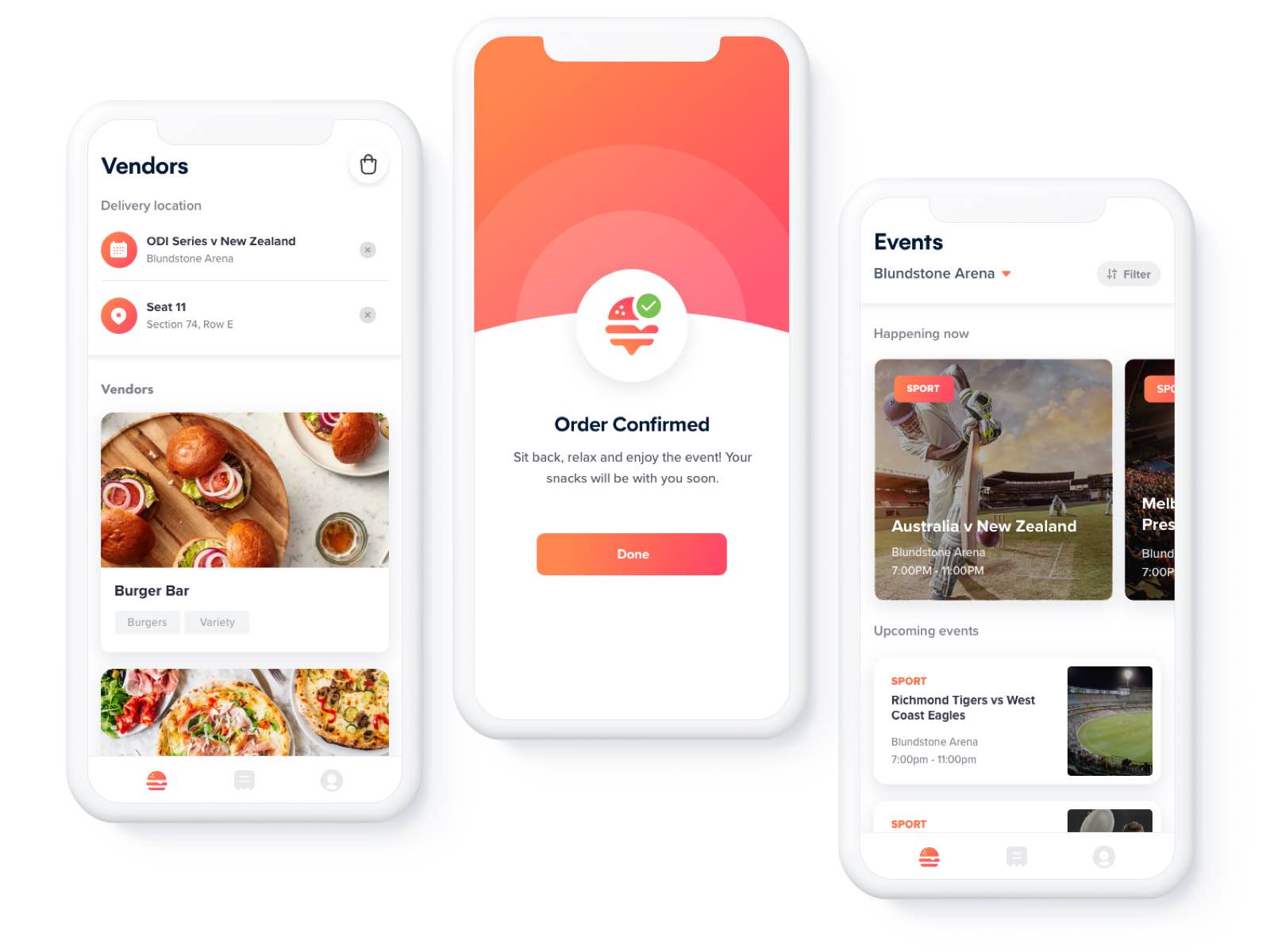 Don’t miss the action – get your food delivered to your seat with Snackr.

The app let’s you browse food vendors at your favourite stadium and skip the queues with food delivered straight to your seat. 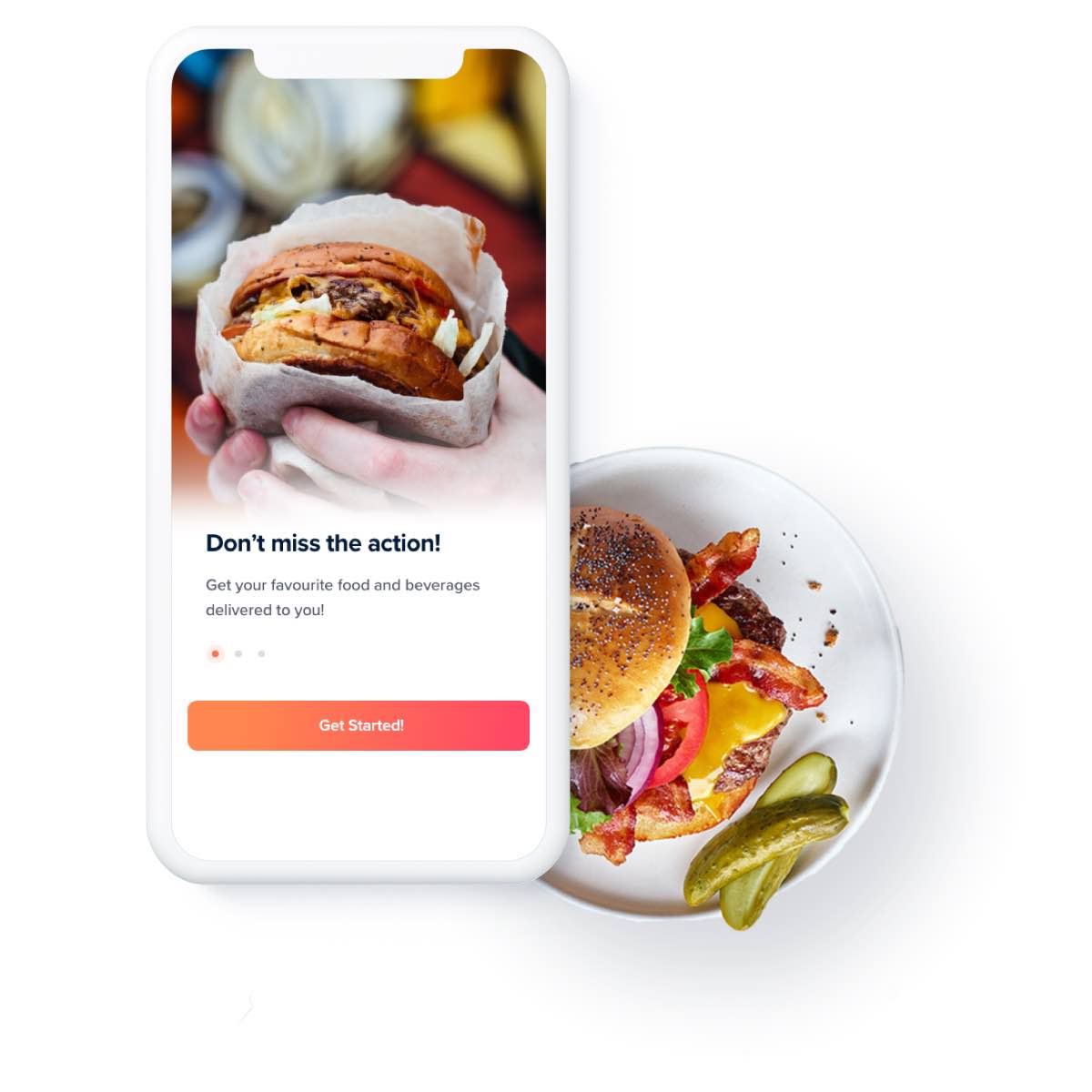 Add items to your basket and Snackr will give you a total price and estimated delivery time for your order. You can even order from multiple vendors at once. When you are happy with your selection, simply enter your credit card details to process your order. All that’s left then is to sit back, relax and enjoy the event while our friendly runners deliver your snacks.

Snackr is currently available at Blundstone Arena. If you would like to see Snackr in your favourite venue get in touch at info@snackr.com.au – we would love to hear from you!

Hiding the complexity from the user

In many ways Snackr is much like any other food delivery app and in designing the user experience (UX) we had many successful case studies to draw from. In other ways though, we were in completely uncharted territory.

Unlike Uber Eats or Deliveroo, Snackr operates exclusively inside stadiums to deliver food from vendors to attendees in their seats. This posed a whole range of new technical, logistical and design challenges.

The Snackr team had already solved the majority of the logistical issues before engageing DreamWalk as their mobile app developer and designer. It was our job to create an intuitive app interface that would hide all of the backend complexity from the user. We wanted it to feel like the food delivery apps they were already familiar with. No learning curve.

The DreamWalk strategy and design team spent two days with the Snackr team working though the goals, features, functions and user flows. We then went away and created a full UX prototype, brand design (including logo) and finally the finished visual UI design that you see in the app today.

Our development team worked autonomously on the front-end app development and collaborated closely with the Snackr team to develop the backend.

With so many moving parts and a high level of technical innovation, Snackr was definitely one of the more challenging projects we’ve worked on and one of the most rewarding.

We believe the results of our hard work speak for themselves. The interface is clean and the process of ordering food to your seat is simple and intuitive. We succeeded in hiding the complexity of the app to the user, so their experience is a familiar and positive one. 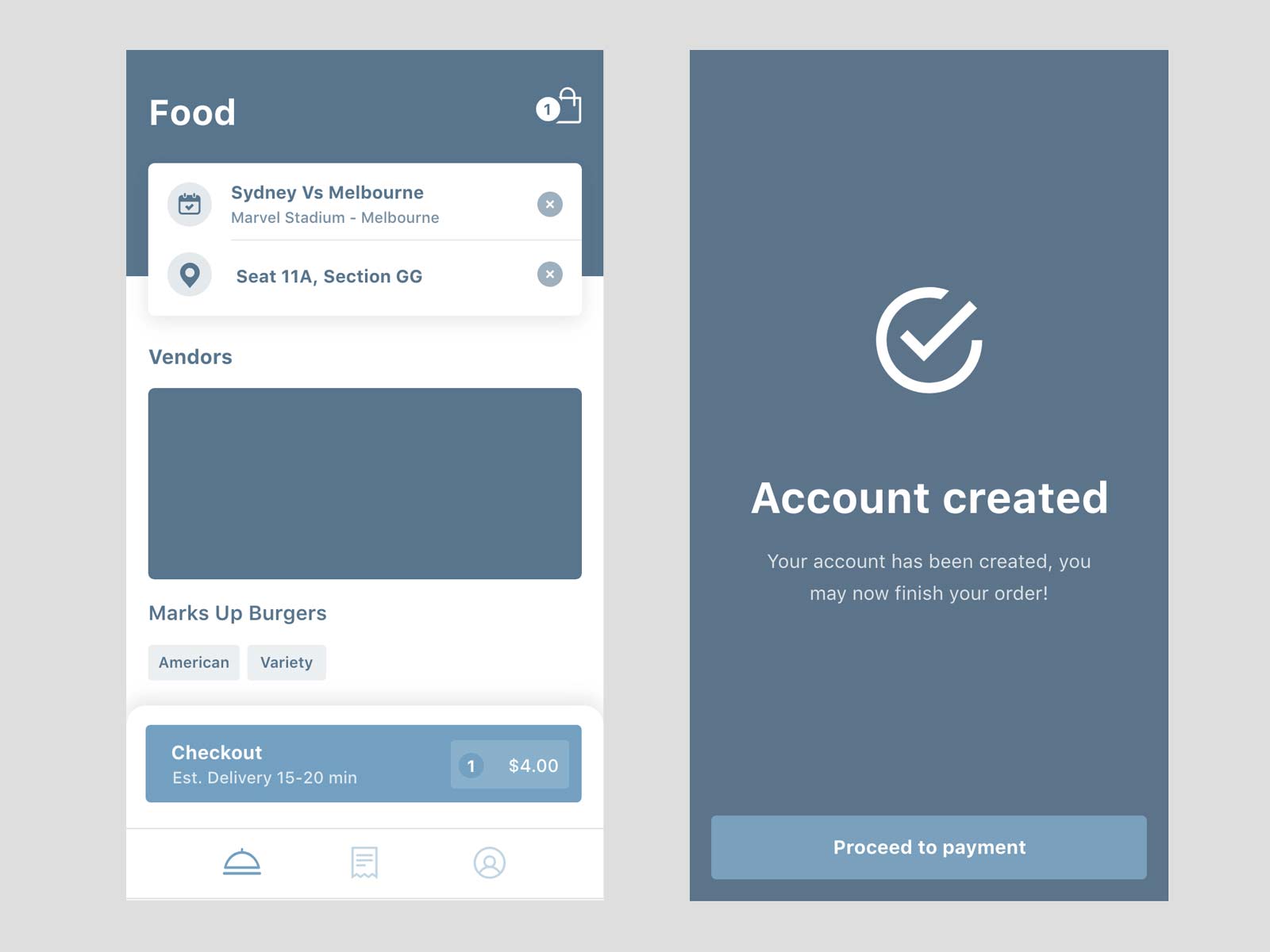 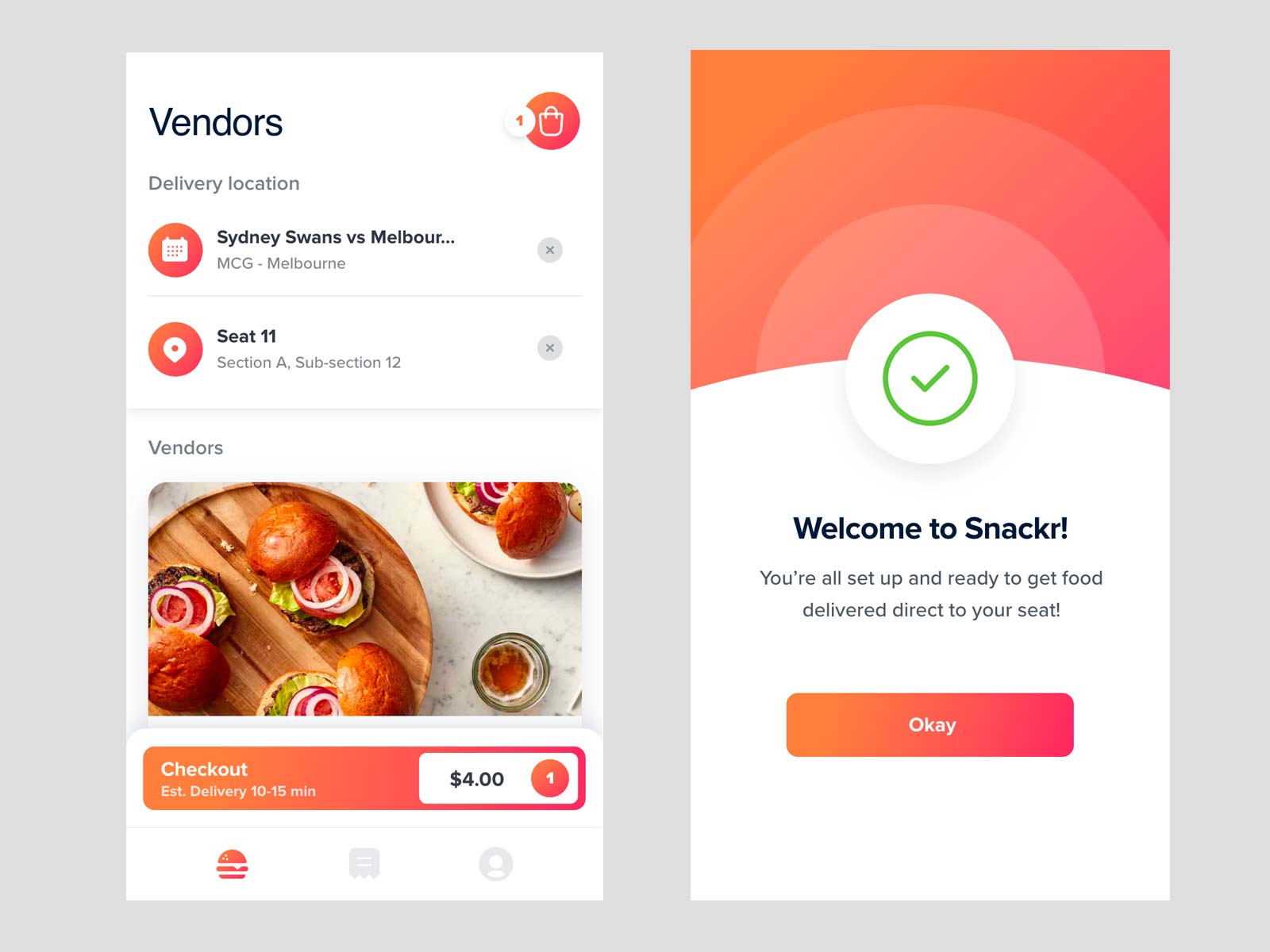 Let’s chat about how we can help bring your idea to life using our proven formula for success. We will happily sign a confidentiality agreement before discussing.