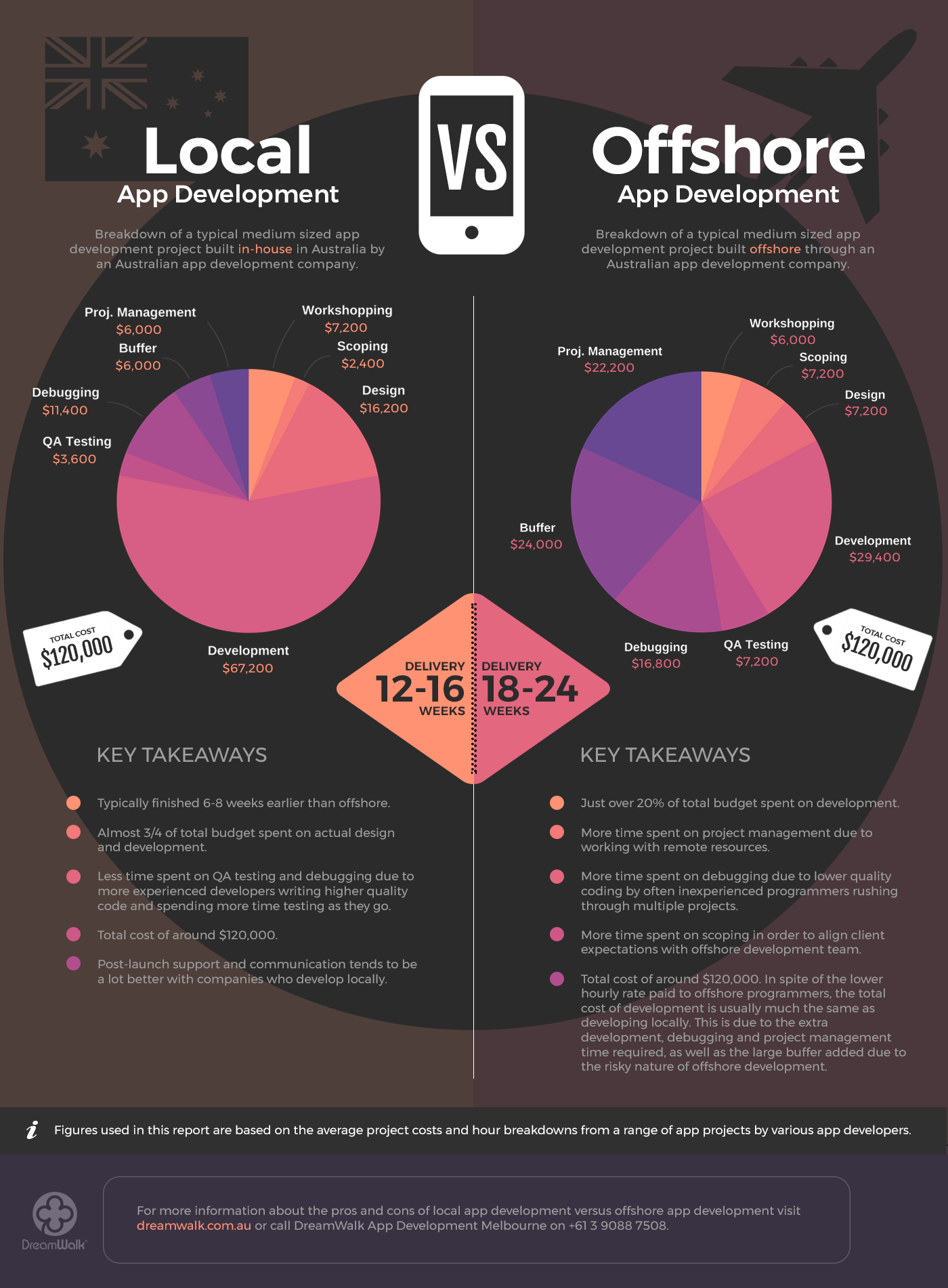 Does your developer build apps in-house here in Australia or send the work offshore?

It can make a big difference to the outcome of a project and should be carefully considered by anyone in the process of choosing an app developer.

We studied a range of app projects and spoke to customers of various Melbourne-based app development companies to gain an understanding around the costs and hour breakdowns of a typical app project built locally versus one built offshore.

We combined this data with our own to come up with the infographic above. It breaks down a typical (avg.) medium sized app project into phases to give you an idea how much of your money is spent on each phase.

It may come as a suprise to see just how different the breakdown is from local to offshore projects.

The biggest obvious difference is just how little is spent on actual development in an offshore project. On average only $29,400 is spent on development compared to $67,200 in a local project, out of a total cost of $120,000. With the lower cost of labor offshore, one would expect an overall cost saving when development is done offshore but this doesn’t seem to be the case.

We found that on average, Australian app development companies who do their development offshore usually charge around the same as those who do local app development in-house. There are of course exceptions and these are usually at the extreme high and low ends of the market where developers charge considerably more or less than the industry average.

The savings made by using a cheaper workforce are usually spent on extra project managers to manage the offshore resources, extra testing and debugging in the latter stages on a project due to a lack of quality control during the development process and a much larger buffer.

A buffer is basically fat the development company adds to the quote to cover any unexpected issues and costs that may arise. The buffer tends to be around 300% higher in projects with offshore development. We put this down to the higher risk involved in developing offshore.

Let’s chat about how we can help bring it to life using our proven formula for success.