Create completely original songs in just seconds by simply singing into your iPhone. Share with friends and earn virtual badges and royalties to unlock exclusive bonus features. Jam for iPhone is an internal project by iPhone app developer, DreamWalk, and it was released on Jan 14, 2013. Since it’s release, Jam has been the the number 1 music app in 26 countries on the iTunes App Store, including Australia, USA, Canada and New Zealand.

Perfect for anyone who dreams of becoming a star but might not have the vocal ability, Jam allows users to create original songs in just seconds, that can then be shared with friends and fans. Featuring unlockable musical style packs, award badges and streamlined social sharing tools, Jam can now be downloaded for free on the iTunes App Store.

Jam enables absolutely anyone to create original music, regardless of their musical abilities or experience, and best of all it only takes a few seconds! 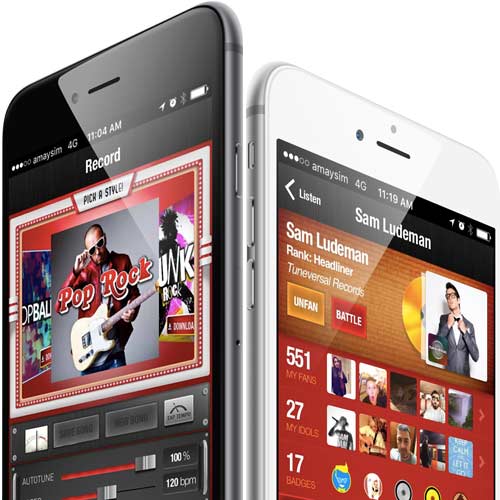 Downloaded by over half a million users worldwide.

In 26 countries including Australia, USA, Canada and New Zealand.

Finalist in Social Media and Music categories. Runner up to Shazam.

In ‘What’s Hot’ & ‘Editor’s Choice’ on App Stores around the world. 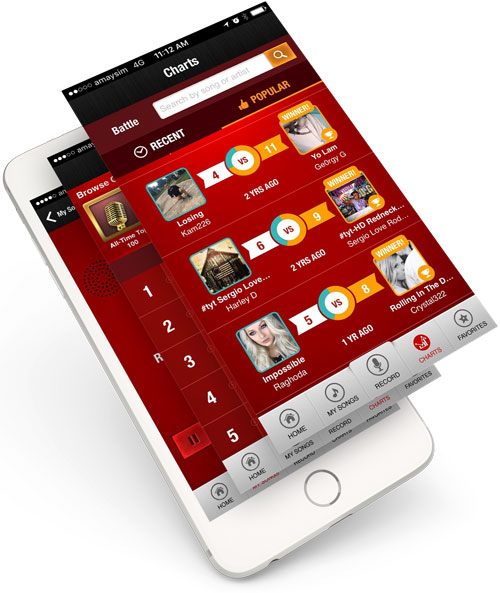 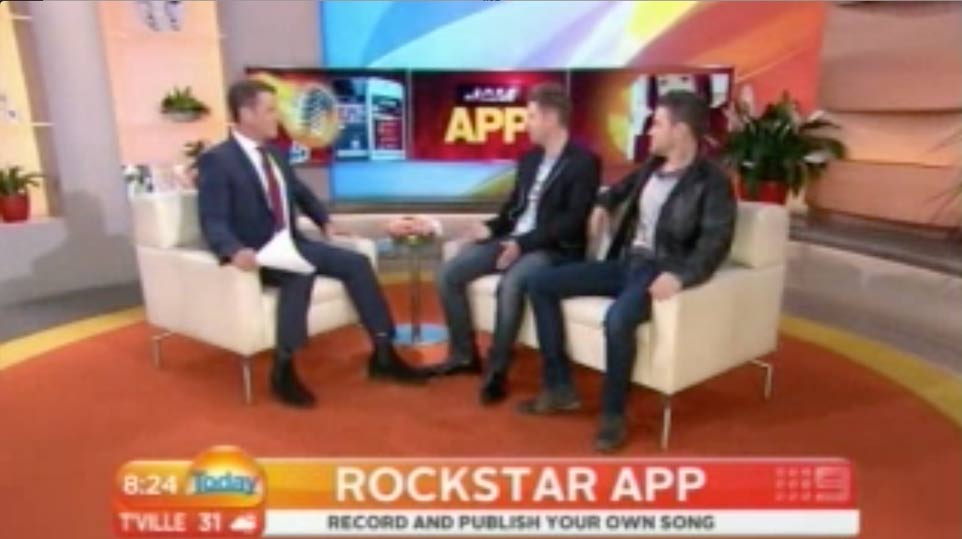 Jam on The Today Show

After the buzz around Jam at SXSW, Jam creators Joe and Sam Russell were invited onto Channel 9’s The Today Show where Carl Stefanovic and the Today Show crew tested Jam live on air.
Watch Video

While touring their worldwide No. 1 hit ‘Thrift shop’, hip hop artists Macklemore and Ryan Lewis drop in to the Jam Lounge at SXSW to sign autographs and take photos with a queue of eager fans. This endorsement was arranged by our marketing partner Appency, through Macklemore’s management and it created a lot of buzz around the app at SXSW.
Watch Video 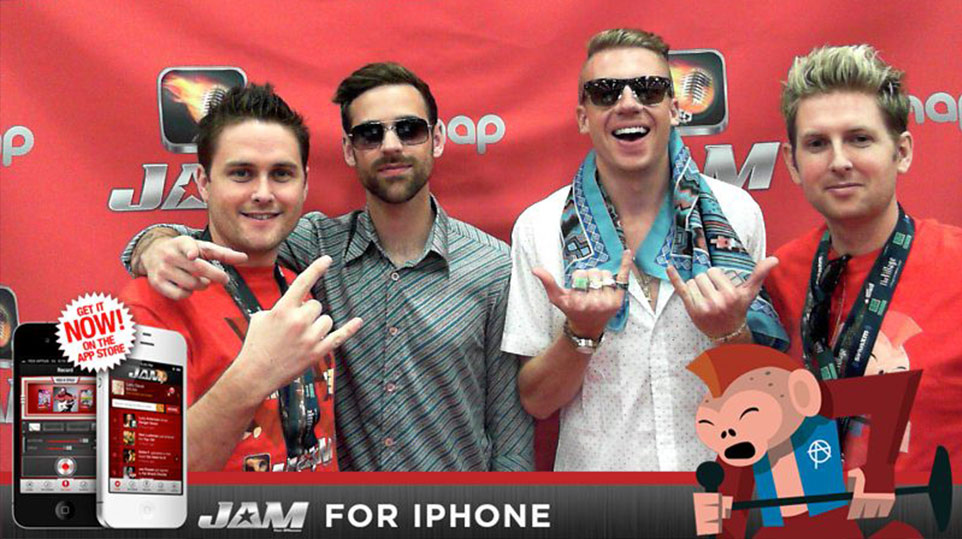 Jam for iPhone was developed by Sam Russell, Thiago Campezzi and Daniel Rodriguez with UI design by Eddie Fontanele, creative direction and UX by Joe Russell and illustration and animation by Rob Koh.

The idea for the app was initially conceived by Joe and Sam Russell in 2011. The brothers both had strong musical backgrounds and wanted to build an “Instagram for music” that allowed users of all musical abilities to create and share original songs quickly and easily.

After a few months of technical validation and some fine-tuning of the concept, development work commenced in 2012.

Jam was a highly complex app to build, incorporating advanced machine learning and neural networks for song creation, along with a gamified social network to build an engaged community around the app.

Design and development of the app took the team just under 12 months to complete and the app was launched in early 2013.

The Jam launch was wildly successful and attracted almost 250,000 users within the first month. The DreamWalk team carefully monitored the app over the next few months to gain insights into which features users were using the most and what feedback users were sharing. They then used this data to make informed, data-driven decisions around what to include in the crucial next app update.

The most notable features in the update were the ability for users to remix songs and a battle feature that enabled users to compete in rap battles against each other. The update resulted in a 15% increase in user retention.

Since launch, Jam for iPhone has been downloaded around 600,000 times. It has reached number 1 on the App Store charts in 26 countries and has been featured by Apple numerous times. It was a finalist in the 2013 Appy Awards where is was beaten by Shazam to take out runner up.

Jamming with Alexa Chung at SXSW

Jam creator Joe Russell, jams with Alexa Chung at the Jam Lounge as a part of the SXSW music gear expo. Fuse TV named Jam in their top 5 highlights of SXSW.
Watch Video

Jam developer Daniel Rodriguez from DreamWalk, gives a keynote presentation to Cocoaheads Melbourne on the development and launch of Jam for iPhone.
Watch Video 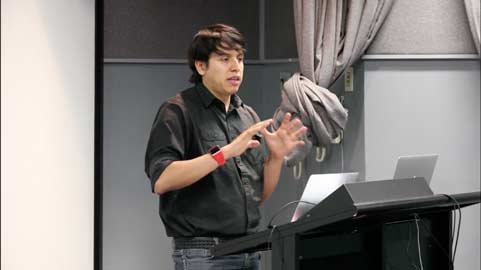 Got an amazing app idea?