Pre-Release Marketing for Games and Apps 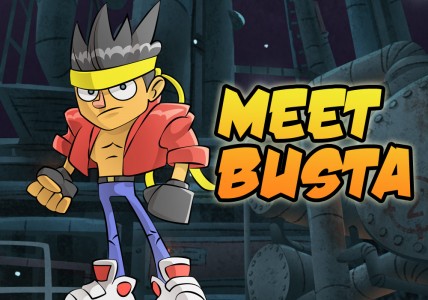 It seems sort of counter intuitive to spend time and money promoting something that your customers cant even buy yet and I must admit, up until recently I hadn’t ever taken pre-release marketing very
seriously. Up until recently I was of the belief that pre-release marketing, including teasers, early screen grabs, demos, leaks, development blogs etc. were really only effective for big brands with existing loyal customers waiting eagerly for their next release. Sure, it makes sense for Apple to leak information about their new iPhone months before its release. They have millions of customers to satisfy and they need to build hype early in order to have long cues at Apple stores come release day. But what is the point for a small app developer without a massive fan base? Is it really worth all the effort? Up until recently I would have argued ‘no’, but three things over the last few months that have irreversibly converted me to the ‘yes’ camp. Kickstarter, Indie Game and Surfy are those three things.

Kickstarter is essentially just a massive pre-release marketing platform. As you probably know, it allows people to tell the world about a project they are working on, in the hope of gaining supporters who donate money towards their project. This is pre-release marketing in its rawest form and whether it be a company designing a hover board, a group of enthusiasts building an open source camera platform or a lone
developer developing an iPhone app, there are all kinds of projects being supported by millions of consumers based purely on pre-release information.

Indie Game is a documentary that follows various independent game developers through the process of developing and marketing their games. While these developers were making console games rather than mobile games, I think many of the lessons I learned from watching Indie Game are just as relevant for mobile developers. The biggest point I took away from the film is the importance of pre-release marketing. All of the developers featured in Indie Game were very successful with their pre-release marketing and one even secured funding for his project based on a basic playable demo. I was surprised to see how successful these developers were at building a fan base before there was even a game to play. Through developer blogs, playable demos, conferences and trade shows these coders created followings and media interest years before the games were finished, in spite of the fact they weren’t from big studios or brands.

My own experience with marketing our last game ‘Surfy’ really hammered home the importance of getting the word out about an app before its release. In fact, I think we got more media coverage before Surfy was released that we did after. This was based on a few teaser videos, video press packs with promo codes and a web landing page, all launched about two weeks before the game’s release to the public. I can’t help but wonder how Surfy’s launch would have gone had we started marketing six months before release. I suspect it would have had an even bigger impact on downloads.

So, with all that said, I’d like to conclude by putting my money where my mouth is or walking the walk, so to speak and announce the up and coming release of a mobile game we currently have in
early stage development. It’s a smash-em-up karate game set in the 1980s featuring Busta the bad-ass (pictured above). We hope to have the game finished and ready for release in the next couple of months, but watch this space or follow us on Facebook for more information, teaser videos, early screenshots, demos, design concepts and more before then.