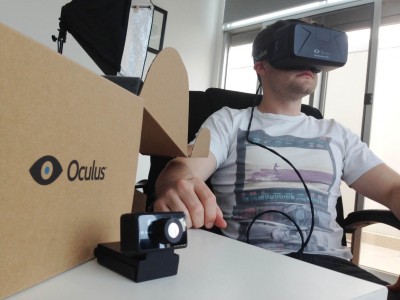 So this week DreamWalk was one of the first app developers in Australia to receive a new BETA prototype of the Oculus Rift.

The Oculus is a personal virtual reality headset that can be used with computers and gaming consoles. It promises to change the world of gaming as we know it, by placing the player inside the action where he/she can be completely immersed in a 3D world for a heightened sense of realism.

Now at BETA testing phase, Oculus has recently been acquired by Facebook, which gives you a bit of an idea of the potential scope of this device. There are still a number of bugs to be ironed out before the Oculus can start shipping commercially, but we are anticipating a bright future for this little device.