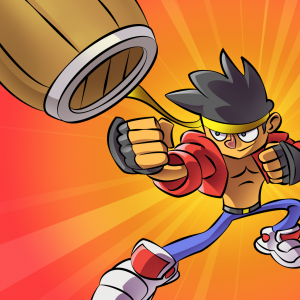 As an internal mini-project we are currently developing an arcade smash-em-up for iPhone and Android called Barrel Buster. The game mechanic pays tribute to the barrels bonus level in Street Fighter 2 with a bunch of extra twists, features and surprises to make it a complete and addictive game. You play as Busta, an outspoken badass from the 1980s with the sole mission of ridding the world of its barrels. Development of the app is now nearing completion and we expect to start beta testing in the next few weeks. Below are some early screenshots that show Busta in action. Stay tuned for gameplay videos coming soon. 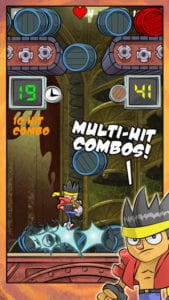 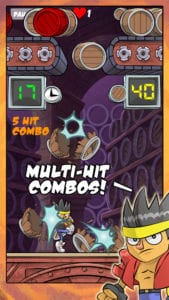