App Ideas, Concepts and Project Briefs. Where to start? 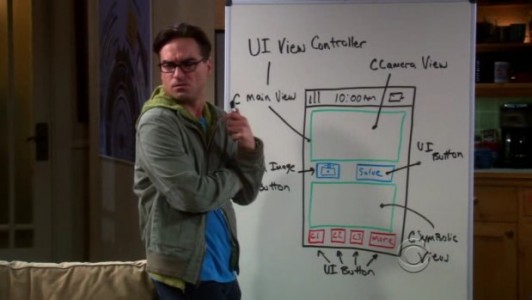 When it comes to developing an app, what’s the difference between an idea, a concept and a brief? Which one do I need when starting out? Everyone has ideas. When thinking about what to order for lunch or what to wear to work in the morning, your head fills with ideas. The idea is the seed from which your actions and decisions grow. An idea is simple, uncomplicated and usually lacks enough detail to be able to act on it directly. Whether consciously or unconsciously, the idea will usually need to go through transformations before it can take physical form. Lets say you decide on a sandwich for lunch (the idea). You will then transform that idea by adding details like ham, cheese, tomato, and suddenly that idea becomes a concept. At this point you could simply write down your sandwich concept and hand it to the person behind the counter at the sandwich bar and you would likely get something back that resembled a ham, cheese and tomato sandwich. But, what if, when you get that sandwich, it lacks butter, was made on rye bread (which you hate), contains too much tomato and not enough ham, needs seasoning and you instantly regret ordering it? Its a ham, cheese and tomato sandwich, just like your ordered. The problem is, you left the final transformation, from a concept into a brief, up to the person making the sandwich. Because the concept given to them lacked enough detail to translate directly into physical sandwich, they had to fill in the blanks themselves. They created the brief on your behalf. App ideas work in exactly the same way. Simply telling a developer your idea and expecting to receive a finished app that is exactly as you imagined it, is unrealistic at best. In fact, most reputable app development companies would struggle to even provide you with a quote, based purely on an idea. The idea first needs to go through the required transformations. As per our sandwich example, you could transform your idea into a concept, by adding some details, like the features you want included, write it down and send it to a developer. Most developers will be able to give you a broad ballpark cost estimate, based on your written concept; some may even agree to build the app based on the concept alone. The question is, do you want to leave it to the developer to fill in all of the gaps for you and risk ending up with an app you aren’t completely happy with or do you want to be involved in the creation of the brief? When developing an app, there is not one ‘right’ way to do it. Different developers work in different ways, depending on what they have been taught, their level of experience, the time they have to spend on it, current trends etc. Different people’s tastes and interpretations also come into play. Take, for example, Leonard’s app idea on the sitcom ‘Big Bang Theory’. Leonard has the idea to “write a little app that would use handwriting recognition, and then run it through a symbolic evaluation engine. You just use your smartphone, take a picture of the equation and bam!” Leonard enlists the help of his friends to develop the app and while they are all excited about the initial idea, Sheldon has a very different plan as to the execution. Over the coarse of the episode, Leonard and Sheldon repeatedly butt heads over the details of how the app should work (the brief) until eventually they have a falling out and part ways. The only way to ensure you wind up with a product that looks and works the way you want it to, without falling out with your developer over how the app should or shouldn’t work, is to be involved in the creation of the initial project brief. If you’ve never developed an app before, the best way to do this is by sitting down with the developer and creating a brief together. A good developer will listen to your ideas, ask you questions and help you to flesh out the concept into a sufficiently detailed project brief that you are happy with, before design or development commences. This process is commonly referred to as the workshopping process and is the all-important first step in the app development journey.
Category: App Developer